A public servant (Richard Boyle) turned whistleblower employed by the Australian Taxation Office (ATO) has had his home raided by officers from the ATO and the Australian Federal Police (AFP), after whistleblowing into abuse of power by the ATO.

Also according to the news reports there is something corrupt going on when you allow mass murderer James Gargasoulas to be eligible for parole in 46 years, locks up serial killer Ivan Milat for 181 years and then has an Australian Taxation Office employee facing 161 years in prison for blowing the whistle on a corupt culture inside one of our most powerful agencies.

Richard Boyle has been charged with 66 offences including telephone tapping and recording of conversations without the consent of all parties and making a record of protected information, in some cases passing that information to a third party.

These explosive allegations triggered a series of investigations into the ATO.

The case of Richard Boyle is a timely reminder of the risks these hero’s and whistleblowers take.

Days before he went public his home was raided by the AFP and the ATO, which alleged in a warrant he had illegally taken copies of taxpayer information, photos of ATO computer screens or emails.

Weeks earlier he had declined a settlement with the ATO on the basis he didn’t want to be gagged from exposing questionable behaviour inside the country’s most powerful institution.

Now he has to wait for the court to take his case.
We wish him all the best and luck. 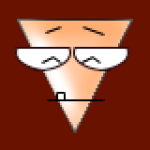